Hard Wired Smoke Detector Beeping For No Reason. Here’s Why, And How To Stop It.

Is your hard wired smoke detector beeping for no reason? It’s driving you nuts isn’t it? And let me guess…it’s the middle of the night?

I’ve been there, many times. So I don’t blame you for wanting to rip the smoke detector down from off the wall and throw it in the outside trash can.

But before you do, there’s a few things you can check to make sure the smoke detector isn’t faulty and just chirping for no reason.

The purpose of this post is to help you locate the problem with your smoke detector and fix it, so the thing will stop beeping!

How To Stop The Chirping

First of all, lets stop the chirping so you can regain your sanity. Here’s how to temporarily stop the smoke alarms chirping.

Got through these quick troubleshooting steps:

If the chirping stops, then it’s fixed and you’re good to go. But if the chirping continues, which it most likely is going to, then there’s something else going on.

Here are the things you need to check on your smoke alarm to get it to stop chirping.

Even though your smoke detector is hard wired to the homes electrical system, the smoke alarms still contain a 9-volt backup battery. The reason those batteries are there are as a backup. If your house loses electricity, the smoke detectors will still work.

If the backup batter begins to run low, and lose its power, the smoke detector will start beeping. This is usually the most common cause for a chirping smoke detector.

Fortunately, it’s an easy fix. Simply take out the old battery and replace it with a new one.

Something I like to do, is with a sharpie pen, write the date that you changed the battery on the battery itself. That way you always know the last time you replaced it.

Here are the best brands of 9 Volt batteries that I use in my own smoke detectors.

Product prices and availability are accurate as of the date/time indicated and are subject to change. Any price and availability information displayed on [relevant Amazon Site(s), as applicable] at the time of purchase will apply to the purchase of this product.

Prices pulled from the Amazon Product Advertising API on:

Besides a dead or dying battery, getting dust in the smoke detector is the next leading cause of late night chirping smoke alarms. The smoke detector knows that dust has settled onto the sensors, preventing the alarm from working correctly.

Dust that’s collected on the sensors can also cause false alarms. So if your alarm has gone off at random times for no reason, there’s a very high likelihood that dust has settled onto the sensors.

Here’s how you can clean the dust from out of your smoke detector to stop it from beeping for no reason.

Generally speaking, most smoke detectors will last around 10 years. So if you think that your smoke alarm is approaching that magic age, it’s probably time to replace it.

Not sure how old your smoke detector is? One of the things you can do is check the manufacture date which should be printed on the smoke detector. This date is often times located on the back of the alarm or inside the battery compartment.

Need a new smoke detector? Here’s what I recommend.

Why Does My Smoke Detector Battery Only Last One Month?

Most likely the reason that your smoke detector battery is only lasting for one month or so is because of the absence of AC power to the smoke detector and is operating off the battery alone. If this is the case, the alarm will operate off battery power for about 25 days before it dies.

Read More: Do Smoke Detectors Require Special Batteries? (Here’s What I Use)

But hopefully these tips will help you diagnose the reason for the chirping and put a stop to it right away.

If you’re unsure whether or not you need a smoke detector or a carbon monoxide detector in your home, or are just unsure what the difference is between the two, then be sure to check out my article, Smoke Detector Vs Carbon Monoxide Detector. 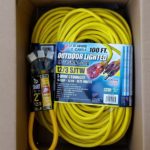 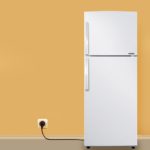