Have you ever noticed a foul or noxious odor coming up from your shower drain? It isn’t normal and usually indicates that something is wrong. The trick is to determine the cause, and then do something about it.

Thankfully, some home remedies might help you get rid of the funky smell. Before you can treat the shower drain, though, you have to know the source of the smell. For that reason, we’re going to talk about the most common causes of smelly shower drains first.

If you notice an odor coming from your shower drain, you shouldn’t ignore it. That slimy and dirty area can become a breeding ground for all kinds of bacteria and even bugs, like the drain fly.

Read More: Drain Flies and The Little Black Worms Around Your Shower Drain

Some of the most common causes of a smelly shower drain include:

In most of these cases, you can deal with the problem yourself. However, you’ll need to call a plumber in some situations. For example, determining the cause of sewage backup in your home is something best left to a professional.

Tips on How To Get Rid Of A Smelly Shower Drain

With a basic idea of some of the most common problems that lead to stinky shower drains, let’s talk about some home remedies. Below are three tips to rid your home of a stinky shower.

1. Unclog the Drain and Kill the Layer of Biofilm

A clogged drain is the leading cause of a stinky shower drain. The clog prevents water from draining properly. Typically, it’s the result of hair and grime that builds up over time.

However, it’s not usually the hair or the grime that smells. It’s the layer of biofilm that grows on top of it. The biofilm is a collection of microorganisms, including fungi, bacteria and protists.

Biofilm can grow on nearly any surface. In your shower drain, it typically grows on the hair and grime that builds up. In order to remove this smell, you have to remove not only the biofilm but also the surface that it grows on. Simply killing the biofilm will only stop the smell in the short term. Thankfully, there are a few easy ways to unclog your drain and kill the biofilm without using harsh chemicals.

Your first mission is to remove the hair. The best way to do this is to use a flexible snake hair clog remover. You can buy these tools cheaply online from sites like Amazon or at your local home improvement store.

Using the snake tool is simple. Just remove the drain cover if you have one, and carefully snake the tool down the drain. Once completely inserted, twist and pull up the clog. Have a trash can handy because you’re likely to pull up a lot of hair and other crud.

With the hair removed, you have to clean the grime that builds up in your pipes as a result of the soaps, shaving gels and other hygiene products that you use. Gather the following ingredients to create a good cleaner to remove the grime:

To clean your drain using this natural drain cleaner, simply pour ½ cup of baking soda into the drain and then ½ cup of white vinegar. The mixture will start to foam. Let it sit in your drain for about one hour.

Next, pour a medium-sized pot of boiling water into the drain. It will remove the grime that the baking soda and vinegar loosened. Repeat this process as needed until the clog is gone. This should leave your shower drain clog-free and smelling great.

Most of the drains in your house have a p-trap. It’s a small U-shaped pipe that holds water. You might have noticed the p-trap if you’ve looked under your kitchen or bathroom sink.

The goal of the p-trap is to prevent sewage smells from traveling up through the pipes and into your home. It achieves this by trapping a small amount of water within the U-shaped curve.

Sometimes, this p-trap can dry out for one reason or another. It happens a lot in vacation homes because people aren’t there to use the drain often enough to prevent the water from evaporating. Other times, a leak causes the water to drip out of the p-trap.

If you notice a sewer-like smell coming from your shower drain, try running some fresh water into your shower for a few minutes. This should refill the p-trap and stop the smell. If the smell stays gone for a while but comes back, you might have a leak.

Unfortunately, replacing a leaky shower p-trap is something that the average homeowner shouldn’t attempt. The process is much more difficult than changing a sink p-trap. Because of that, you might want to call a professional.

Replacing a leaky p-trap is good for a number of reasons. First, it stops the sewage smell from entering your house. Secondly, it stops the water from leaking into your floor. When a leaky shower p-trap is left unaddressed, mold begins to form, which can be hazardous to your health.

The shower drain is often blamed for the stinky smell that comes out of the bathroom. Sometimes, it’s not the drain itself but actually the faucet. Like the drain, gunk can build up in the shower faucet. Since this stinky water goes down the drain, it also causes your drain to smell bad.

Catch some of the water coming out of your shower faucet with a bowl, and smell it. You may have to catch water from both the shower head and lower bathtub faucet. Does the water have a foul odor? If so, you probably have some gunk buildup in the faucet.

Because of the position of your bathtub faucet or shower head, cleaning it can be a bit tricky. However, here’s a DIY solution from TasteOfHome.com that might make the process easier. You will need:

Mix together 2 tablespoons of baking soda and a few drops of dishwashing soap into the plastic bag. Now, close the plastic bag, and give it a good shake to mix it together.

Next, add about ½ cup of vinegar into the plastic bag. Using the rubber bands, secure the plastic bag to your shower head or tub faucet. The mixture should foam up.

Let it sit for 30 minutes to really clean the fixtures. Then, remove the plastic bag, and use the toothbrush to scrub in and around the faucet or shower head. Finally, run hot water through the faucets to clean any remaining gunk.

When you clean a drain, it might be tempting to use powerful cleaning solutions, such as bleach. If you have a septic tank, though, bleach can harm and eventually kill the good bacteria in the tank. If possible, avoid using bleach to clean your drains.

If you do choose to use bleach, never mix it with vinegar. Together, these ingredients create chloramine gas, which is toxic and can lead to death. Keep in mind that mixing bleach and drain cleaning products, such as Drano, creates this same gas.

Lastly, don’t undertake a job that you don’t think you can do yourself. If you aren’t comfortable snaking your drain or changing a p-trap, don’t. You may cause more harm than good if you don’t know what you’re doing. In those situations, it’s best to contact a professional. 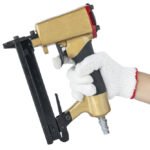 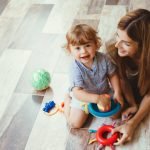