Many homeowners consider painter’s tape a helpful asset when doing a DIY project. This tape is used to protect items such as baseboards, window trim, and flooring from getting damaged during a paint job. Is there anything that could go wrong when using painter’s tape though?

Painter’s tape wouldn’t seem to have a lot of rules – a seemingly inconspicuous aspect of home improvement. The product isn’t extremely difficult to use, but there can be a lot of damages if the painter’s tape is applied recklessly or for an incorrect amount of time.

Let’s learn a bit more about this product:

What is Painter’s Tape?

This tape is durable and non-permeable enough so that paint doesn’t bleed through even if (when) there is some contact. Painter’s tape is available in a variety of widths from 3/4” for delicate jobs or up to 2” for big masking sections. The product has become popular because it’s resistant to bleeding, but also easy to apply and remove.

Tape is tape, right? When prepping a surface to receive paint, a good number of homeowners think that any old adhesive will work.

The truth is there’s a difference between painter’s tape and some other items you might be inclined to use in a pinch such as masking tape, electrical tape, or Scotch (the drink or the tape). Masking tape and painter’s tape are the ones most often mixed up, because they have a similar texture and crepe backing.

Masking tape and painter’s tape are somewhat easy to confuse. They were invented by the same company (3M) but 65 years apart (1925 and 1990). Even the name of the process of using painter’s tape (masking) mixes things up when you head to your local hardware store.

The truth is, you want painter’s tape for a painter’s job. This product was developed because regular masking tape would lead to paint bleeding and wouldn’t apply as well to certain surfaces.

Now though, painter’s tape has become a very zoned-in product. Most manufacturers offer at least five different widths and have different thicknesses as well whether you want razor sharp lines or are going to be painting where a lot of mess can occur. Tapes are available for different surfaces as well, including sleek spots like glass and metal or rougher areas like unfinished wood or textured tile.

What Happens When You Leave Painters Tape on Too Long?

One would think that a painter’s tape designed for different surfaces wouldn’t pose a huge risk for damage to that texture – even if it was left on for awhile. In fact, the tape will just lose adhesiveness and fall off over time, right?

Let’s first figure out what you don’t want – a tape removed too early so that paint drips down on the trim pieces or causes smudges. You also don’t want to leave the tape on too long – everything will harden together and you’ll end up chipping the new paint or even damaging the wood surface the tape was applied to.

The best rule of thumb to follow is to remove the tape when it is dry to the touch. This could be an hour after you’ve painted your last stroke (depending on the air circulation) or it could be the next morning. Don’t remove the tape until your last coat is finished, pull it off at a 45 degree angle, and have a razor blade handy for precision removal.

Painters Tape on Too Long Summary

There’s not a detonator that’s going to go off if you don’t get the painter’s tape removed by the final countdown. At the same time, leaving it on for an extra hour or two isn’t going to pull your trim off the walls. That being said, the success and efficiency of your paint job can be affected by not using painter’s tape, taking it off too early, or leaving it on too long.

You don’t want streaks, you don’t want wood or paint pulled up from leaving the tape on too long either. Wait until the surface is dry to the touch and you’ve finished your last coat, then safely remove the tape (in just the nick of time). 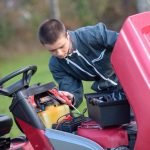 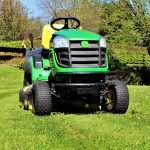