No matter what you do, they never quit and they always keep coming back.

Weeds are one of nature’s unstoppable forces and while we’ve found many different ways of dealing with their constant incursion into our gardens, the most effective way to constantly drive them back, is with a weedeater.

But like all the machinery that we rely on, weedeaters can suffer from mechanical failure, which can be disastrous for the health of your lawns, flowerbeds, and garden in general.

And because we want your gardens to continue to thrive the same way ours does, we’ve put together a handy guide to weedeater repair.

We’ve all been there. You’ve prepared your weedeater for an afternoon of clearing out the garden invaders, you’re all good to go, you pull back on the lever, hit the start button, and… Nothing.

It just won’t start. If this happens, it’s usually one or two problems, either your carburettor is dirty and needs to be cleaned, or there’s a fuel problem.

So let’s deal with them one at a time and start with the big job first.

Don’t panic, slow your breathing down. It might sound scary and like you’ll need years of mechanical experience to clean the carburettor of your weedeater, but you don’t.

All you need is a screwdriver, a can of carburettor cleaner and a little patience.

The carburettor is located under the air filter, so you’re going to need to remove and clean that first. On some models of weedeater, the air filter clips on and off and on some it’s held in place by screws.

If the air filter on your weedeater is removable by hand, unclip it and place it safely to one side.

If it doesn’t simply unscrew it, remembering the universal rule of screwing and unscrewing anything – lefty loosey and righty tighty, by turning the screws to the left one at a time, removing them and placing them safely next to the air filter.

Next, you’re going to want to remove and disassemble the carburettor, which again isn’t as intimidating or as scary as it sounds.

Peel off the diaphragm, which should be relatively easy to remove (if it isn’t, this is a pretty sure indicator that it needs to be replaced), and then slowly but surely start to unscrew all of the parts of the carburettor.

The gasket, the jets and the plates that hold it all together all need to be separated and laid out in order in front of you.

Give it a chance to completely saturate all of the parts of the carburettor (thirty minutes will usually do it) and then gently wipe off any excess cleaner with a cloth.

Don’t rush, and remember, all the parts were carefully laid out in front of you in the order that they were disassembled, so simply reverse that process and the carburettor should easily go back together.

Pop it back into your weedeater, but before you replace the air filter, make sure you thoroughly clean it. As soon as you’re happy that the filter is clean, either screw or clip it back in place.

If you’re still having problems with your weedeater, and it won’t start or is running sluggishly, you’ll probably need to clean the fuel filter.

Before you do though, make sure that the fuel tank on your weedeater is empty and has been completely and thoroughly drained.

Disconnect the fuel tank from the carburettor, and then carefully use a pair of needle-nosed pliers (or if you don’t have a pair, you can always use tweezers instead) to carefully remove the fuel filter from the fuel tank.

When the filter is out of the tank, give the interior a cursory inspection to make sure that no debris has found its way inside. If it has, carefully remove it.

Next, check the fuel filter for twigs, grass or small pieces of organic matter and as you find material on the fuel filter, slowly but surely clean it off.

When you’re satisfied that the fuel filter, and the tank, are completely clean, replace the filter in the tank and reattach the tank to the carburettor.

Add some fuel to your weedeater and it should be ready to fire up and start the first time.

If it still feels sluggish, or underpowered or isn’t performing the way that it should, it could be because of the fuel that you’re using in your weedeater.

It’s all too easy to cut corners and opt for the cheap gas rather than the premium, but there’s a reason that the gas is cheap, and that manifests itself in the way that your weedeater performs if you fill it full of low octane instead of the good stuff.

And, believe it or not, gas can go stale and lose its spark, so if you’re using old gas to fill your weedeater, this could be the problem.

Always use premium gasoline in your weedeater, and if you can, run it until the tank empties. You don’t want, if you possibly avoid it, to try and start your weedeater up after it’s been sitting for a while and the gas in its tank has gone stale.

If you’re using an electric weedeater, and you’re not getting the sort of response from it that you think you should, it could be caused by a cable issue or a battery problem.

If your weedeater runs from a battery, always make sure that your battery is fully charged before using your weedeater, as a low charge can result in the weedeater underperforming.

Any tears or line problems, usually means that you’ll have to replace the cable as trying to mend it with insulating tape can be dangerous. Remember, replace, don’t repair.

If you’ve fired your weedeater up and it’s just not hacking through the weeds as it should, it’s almost certainly a blade or a string issue.

If your weedeater uses a blade, it’s probably a good indicator that the blade needs to be removed and sharpened, which any garden centre should be able to help you do. And if they can’t do it, they’ll know someone who can.

However, if it’s a string issue, make sure that your weedeater has plenty of string and that the feeder isn’t blocked and is allowing the string to feed through as and when it’s cut or destroyed by the weeds.

Always make sure that you’ve got enough replacement string and that your weedeater is fully loaded before you start hacking away at the weeds, and your afternoons of garden maintenance should be worry and hassle-free. 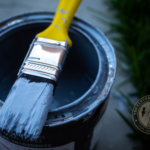 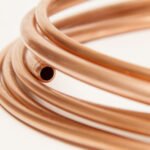