How To Cut PVC Pipe Without Tools

A repair job location will often determine if you will have an easy or hard time. This can be especially true when trying to cut PVC pipes that are located in an area that your cutting tools cannot reach. A trick that many professionals employ is using string to cut PVC pipe.

So if you’re in a pinch and don’t have any cutting tools on hand, this is how to cut pvc pipe without tools.

Actually, many types of string can cut pvc pipe. The reason string can cut is that it can generate friction, which produces heat on the PVC. That heat will melt the pipe if it gets hot enough and can be focused in the same area.

While cotton string makes a poor cutting material, nylon string or braided strings of various materials can make good cuts. They are durable enough to pull back and forth across the pipe without breaking, and they can cause the friction needed to generate heat.

Tricks For Preparing The String

If you want, you can simply wrap the ends of the string around one or more fingers on each hand as you pull it back and forth. The problem with this approach is that will dig into your skin and can be painful. It is still an option to consider if you have no other alternative, however.

Some professionals will carry two rings that they can use to tie on the ends of a string. These form hoops that go around your finger. Another trick is to tie small sticks or dowels to ends of the string to use as handles.

The goal is to find a way to securely hold the string as you pull it back and forth across the PVC pipe, no matter which method you end up using. Pick an option that will be comfortable for you.

Tricks For Preparing The Pipe

It can be difficult to get a cut started with the string, so you may want to consider placing a small nick in the PVC to get the cut started. Use a utility knife to make a small groove the string can sit in. This will help the string stay in contact in one place and increase the friction and heat generated.

You can also place a clamp or some building material around the pipe. This will form a ledge that the string can perch upon as you move it. That will help to keep the friction concentrated in a single spot.

The goal is to keep the string in contact with the same area on the PVC pipe. If the string moves around the pipe surface it cannot generate enough friction at a single point to start the cut. Once the string begins to cut into the pipe, it should remain in the valley with little or no support.

How To Cut PVC Pipe With String (Step-By-Step)

1. Prepare The Pipe For The Cut

Begin by preparing a notch on the PVC pipe, or place a clamp or building material in place to create a ledge for the string to rest upon. This will help to keep the string in one area to generate enough heat to cut into the PVC plastics.

2. Prepare The String For The Cut

Cut a piece of string that is roughly 20-inches in length. This will give enough extra material to allow you the saw movement needed to create the cut. Wrap the string around the PVC pipe and bring the ends together so that there is an equal length of string on both sides of the pipe.

Wrap the ends around your fingers, or tie the ends to rings or dowels that you will use for handles. Pull the string tight against the pipe, feeding the string into the notch you prepared or along the edge created by a clamp or building materials.

4. Cut Through The Pipe

Once the string is cutting into the pipe surface, you can speed up the pulling a bit more. Do not pull too fast, as you may catch the string and cause it to snap. You also want to make sure that the string does not jump out of the cut as you move.

As the cut progresses, you will want to stay focused on the cut itself. Try to keep it as straight as possible so that you have less clean up to do later.

5. Clean Up The Edges

Once the string cuts through the PVC pipe, you can deburr the edges with a knife or sandpaper. This will prevent materials such as wires from rubbing up against sharp PVC edges as well as making patched fittings connect easily. Roughing up the ends of the pipe with sandpaper may help glued parts to bond later.

How To Cut PVC With String (VIDEO) 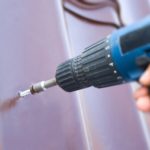 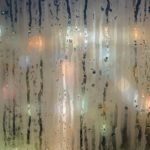