If you’ve ever had your tires changed at a garage or a body shop, you’ll have heard an impact wrench in action. That high whirring noise that sounds like a dentist’s drill? That’s an impact wrench.

Designed to make the user’s life easier and be less physically demanding, impact wrenches tighten and loosen bolts that need a little more pressure than the human body is capable of exerting and generating to hold them in place, and remove them.

The Anatomy Of An Impact Wrench

The best friend of tire fitters and mechanics the world over, an impact wrench is a power tool that’s used to tighten and remove nuts and bolts.

Made to produce incredibly high levels of torque that is then used by their output shaft to transfer the energy stored in its central rotating mass to the aforementioned shaft in short sharp bursts that can then be used to tighten or loosen whatever it is that you’re working on.

More commonly known as air guns because of their resemblance to handguns, impact wrenches, despite the fact that they only serve two functions, are used in a number of different industries and have become an indispensable part of modern life.

They’re the secret weapon that helps construction projects to get off the ground and come to fruition, makes maintenance straightforward, and keeps America’s ever-expanding number of vehicles on the road.

While they both do exactly the same thing, the way in which they do what they do differs slightly, which has resulted in the professionals that use them favoring one over the other.

It may seem a little odd to most people, but if you use a tool all day and every day,  you soon develop an affinity for the type of tool that enables you to do your job more efficiently and quickly.

Powered by compressed air, a pneumatic wrench uses small, intense high powered blasts of air that are released by the user pulling the “trigger” of the wrench to twist the rotating mass at the center of the wrench that generates incredibly high levels of torque.

The pressure that the torque creates is then applied to a nut or a bolt and used to either tighten or loosen it.

A pneumatic wrench needs a constant supply of air in order to work, which is supplied to it through a hose. This air is forced from the hose into a chamber known as the rotor, which consists of a number of blades that resemble the turbines on a jet engine.

The air that’s fed over, and to the blades causes them to spin, or rotate which creates the energy that is stored and used by the central rotating mass to generate the torque that the wrench needs to work.

The level of torque that a pneumatic wrench creates can be adjusted by regulating and increasing or decreasing the amount of air that the hose feeds to the rotor.

Most of the people who use impact wrenches tend to prefer the pneumatic versions rather than the electrical versions, as they have a number of unique advantages.

The first of these is that airguns or pneumatic wrenches tend to be cheaper to buy and operate than their electrical counterparts.

The second advantage that pneumatic wrenches have is that they never overheat, as their power source as well as helping to create the energy and torque that the wrench needs to work also constantly cools all of its moving parts as it passes over and through them.

And the last, and main reason that most tradesmen, engineers, and mechanics tend to prefer pneumatic wrenches is directly tied to the second reason – their power source, as it creates less friction and wear and tear on the wrench, increases their longevity and makes them more reliable.

While they perform exactly the same function as pneumatic impact wrenches, electric wrenches use a heavy-duty electric motor to generate the sudden bursts of energy and torque that they require to function.

Electric impact wrenches use something called impact function to work, which creates rotational force within the wrench that generates the torque needed to drive and power it.

Based on a hammer and anvil action that works in conjunction with the output shaft and uses resistance to operate the shaft, electrical impact wrenches are more precise and, according to the wrench heads who swear allegiance to them, deliver their energy more efficiently, which makes them easier to control.

Just like their pneumatic brethren, electrical impact wrenches have a number of advantages over their counterparts.

They tend to be more versatile as they have variable speed options that can be adjusted on the wrench – which means that the person using the wrench can adjust the level of torque that they can produce and deliver at will.

Electric impact wrenches can also be used almost anywhere as long as there is a mains supply and a socket, while their pneumatic counterparts are reliant on a supply of compressed air being available for them to operate.

This also means that electric impact wrenches can be used in much smaller spaces than their bulkier cousins, which ticks another box on the adaptability chart that pneumatic wrenches will never be able to fill in.

For the most part, the impact wrench that you prefer is the one that you learned to use and that was a day in and day out part of your professional life.

We’ve spent our lives working on cars, and while we’ve occasionally crossed paths with electrical impact wrenches, we’ve never really been enamored by, or with them.

We were raised on air, it’s a system that we know and love, and its inherent reliability means that we know that every single time we pull the trigger, we’re going to have all the power, and torque that we need to get the job done.

Trust us, if you’d been brought up using a pneumatic impact wrench, you’d love them too. 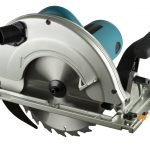 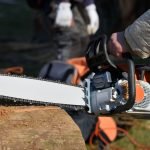