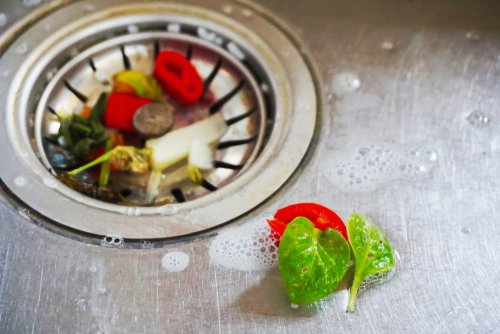 A notable one is the damage that garbage disposals can cause. Believe it or not, your septic tank isn’t designed to handle large particles of food. Because of that, it doesn’t always work well with a garbage disposal.

Foods You Shouldn’t Put Down the Garbage Disposal

Let’s take a second to discuss why putting certain foods down your garbage disposal can harm your septic system. As waste flows from your home, it all gathers in your septic tank.

The bacteria in your system breaks down some of these food particles. Often, though, they’re too big for the bacteria to break down. As a result, the food settles to the bottom of the tank and forms a sludge that can back up the system.

With this scum and sludge buildup in your septic tank, you have little choice but to have your system pumped, which can be expensive. It can also shorten the life expectancy of your tank and system. To keep it running great, here are a few things that you shouldn’t put down the drain.

All food bones, including chicken, pork and beef, are bad for a septic tank. First of all, your garbage disposal isn’t designed to chop up these items. If it eventually does, the fragments can’t be broken down by the bacteria in your septic tank. Because of that, they’ll sink to the bottom and create sludge. However, that’s assuming that the bones don’t get caught in your pipes first.

Have you ever tried to cut through an avocado seed or peach pit? If you can’t do it, what makes you think that your garbage disposal can? It’s more likely to get knocked around in the garbage disposal. If it does eventually go down, it’ll just clog your drain or septic tank.

Never put these or any other starchy foods down your garbage disposal. They swell and expand when they come into contact with water. This can clog not only your pipes but also your septic tank.

Coffee grounds are deceptive because they appear to go down the drain fairly easily. However, your garbage disposal doesn’t breaks them down because they’re so small. Instead, they just create a sludgy mess in your pipes and septic tank.

In general, grease is a no-no for all of your pipes. While it might be a liquid when you pour it into the drain, it eventually cools and hardens. This blocks not only your pipes but also your septic system.

Fibrous vegetables can cause major problems for your garbage disposal. Some examples include asparagus, celery and corn husks. If they don’t gunk up that system, you can rest assured that they’ll gunk up your septic tank.

Some people argue that putting eggshells down the garbage disposal is good because it sharpens the blades. However, the membrane lining of the shell is more likely to get wrapped around the blades. If goes down your garbage disposal, it ends up in your septic tank.

Tips for Maintaining a Septic Tank Beyond Your Garbage Disposal

Not all of the waste that enters your septic tank comes from your kitchen. You have to be wary of what you put down the drains in other areas of your home as well.

For example, human hair doesn’t break down in your septic tank very easily. For that reason, it’s a good idea to put hair catchers in your drains. Amazon has some affordable bathroom drain catchers that prevent hair from making its way into your tank.

Also, be careful of putting pet waste down your toilet. You may think that it’s fine because you put your own waste down the toilet. While pet solids alone are fine for your septic tank, cat litter is not. It doesn’t dissolve and can clog up your entire system if it’s attached to pet waste.

Lastly, be wary of the chemicals that you put down your drains. For instance, bleach can kill the bacteria in your septic tank. Without this bacteria, waste builds up in the tank and eventually clogs it.

Take Care of Your Septic Tank for Years to Come

1. How Long Does A Septic Tank Last

3. This Is The BEST Toilet Paper That’s Safe For Septic Tanks

4. Here’s 7 Tips To Tell If Your Septic Tank Is Full

5. How Often You Should Pump Your Septic Tank 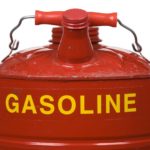 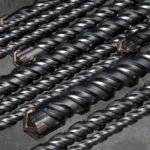