Why do smoke detectors wait until the middle of the night before they decide to start chirping, announcing to the entire household that it’s time to replace the battery?

I’m convinced that it’s an unwritten, but commonly agreed upon law of nature. This law of nature states that it is a requirement that all beeping smoke detectors do everything within their power to wait until all occupants of the house are sleeping and at a time that will create peak irritation.

Ok, I’ll have to admit that my theory of this being a law of nature has been disproven. That’s because of all the homes I’ve lived in over the years, I just recently experienced the glory of a smoke detector beeping from a low battery literally as I was walking past it on a late Sunday morning.

I was sure to take time to thank the smoke alarm gods for choosing these daylight hours to grab my attention and ask for a battery change.

Product prices and availability are accurate as of the date/time indicated and are subject to change. Any price and availability information displayed on [relevant Amazon Site(s), as applicable] at the time of purchase will apply to the purchase of this product.

Prices pulled from the Amazon Product Advertising API on:

What Types of Batteries To Use In a Smoke Detector 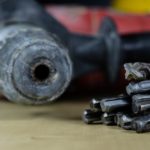 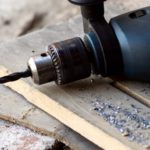