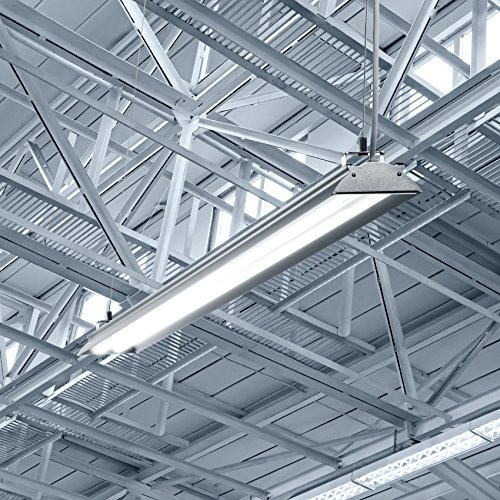 My top pick for the best LED shop lights are the HyperSelect LED Shop Lights. These are the same LED lights I ended up buying for my own shop when I built my pole barn. These lights were incredibly easy to install in my new pole barn, even while teetering on a ladder 12 feet up in the air.

I ended up buying and installing 8 of these lights (2-4packs), and will probably buy another 4 pack to light now that I know how awesome these LED lights are.

The HyperSelect 5000K LED shop lights by Hyperikon  are my top pick because with these I believe you get the most bang for your buck.

These LED lights come in a 4 pack at an incredibly reasonable price. They're bright, easy to install and do exactly what you want your pole barn or shop lights to do.  So that's what  makes these LED lights the best LED shop lights for the money.

These LED lights are perfect for the garage, shop, barn or any other work space you have.

Some of the things that make them so great:

At 5,000K, I’ve been able to light up my entire shop without having to break the bank. I purchased 8 lights (2 packs of 4). These LED lights are simple to install with multiple mounting options. You can flush mount them or hang them from an adjustable length cable.  I had them installed the same day I got them.

For my pole barn, I chose to hang my lights from the adjustable length cable. The HyperSelect LED shop lights are plug and play, essentially just meaning that they have a standard plug in power cord with an integrated switch.

To install the LED lights, I simply hung them from the ceiling, ran the power cord up the cable and plugged them into an outlet I had previously installed on the ceiling.

I have a 30 x 48 pole building, and 8 of these hung at approximately 10 feet above the ground and have been more than enough to light up the entire building. I do plan on buying a few more however, to install along the edges of the shop, where I’ll eventually have my work benches. 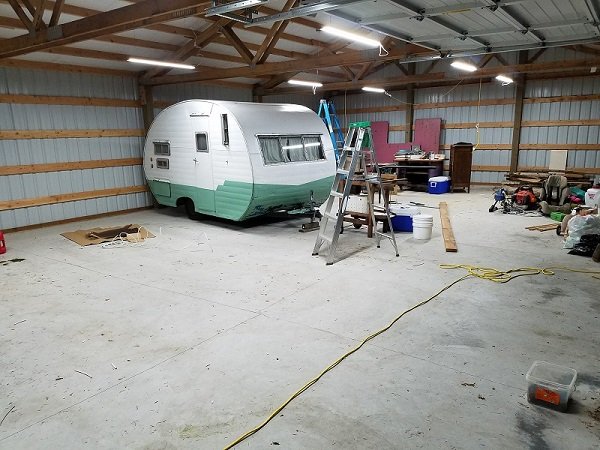 Criteria For Choosing The Best LED Shop and Garage Lights

There was nothing more sad and disheartening than walking into my newly built pole building and not having a single light to turn on. It was dark. Pitch dark. The shop was built, ​concrete poured, but there was nothing I could use it for. Other than to maybe park my car in.

I needed to get some lights installed right away. The planned use for this shop was for it to be multi-functional. Essentially, half of it was intended to be my wood shop/workshop. And the other half was to be my garage.

What I Looked For In  The Best LED Pole Barn Lighting:

Total amount of illumination: How many square feet will one light fixture cover at a given height? 12 feet in my case.

Output (Watts): How much power are these light going to use? Granted LED lights in general hardly use any power at all. But I was originally powering my shop with an extension cord, so I needed to take this into consideration.
Color or temperature of the light 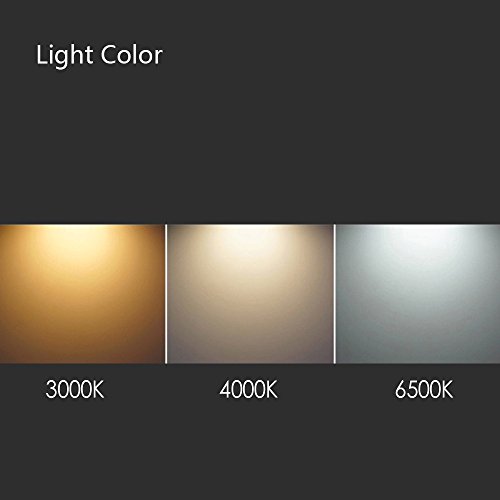 Choosing the right amount of light to have in your shop or garage is probably one of your top priorities. And if it’s not, it likely will be once you find out you can’t see what you’re working on without the proper amount of light.

Not having the right amount of light in your workshop can lead to some major issues such as eye strain and decrease in your vision acuity. If you’ve ever worked in a dark and shadowy work space, then you’re probably familiar with the frustration inadequate light can cause.

You could have the best tools and gadgets around, but if you have crappy lighting, you’re going to get frustrated and work quality is going to suffer.

During our younger years, sure, it’s easy to get by in low light environments, but science has proven that with age that ability to see in the dark significantly decreases.

At 55 years of age, a person generally needs about twice as much light to see as well as a 20 year old. 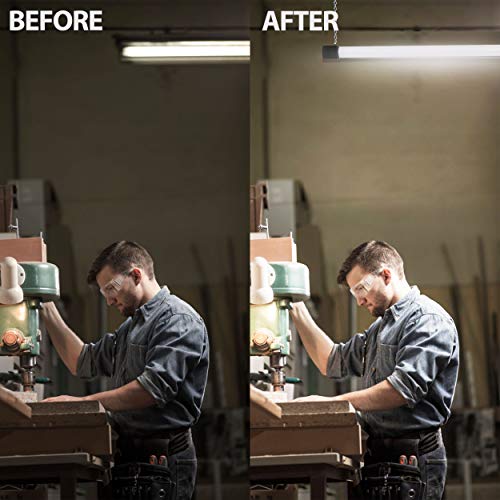 The Benefits Of Having LED Shop Lights

A​re There Any Downsides To LED Shop Lights?

To answer this question intelligently, I really had to spend a little time thinking about it. Are there any downsides to LED lighting? The only thing I could really come up with was perhaps the price factor of LED vs fluorescent. But now days, I’m not even sure that’s an issue.

LED lights might have been out of the price range for a lot of folks, but now days, LED lights are so affordable, there’s not really any reason not to use them.

But to better answer this question, I hit the Internet. Here’s what I found. Some of it is a bit “techy”. But I’ll leave a link for you to read more about the disadvantages if you choose to.

Blue Light Hazard: There is some growing concern that cool-white and blue LED’s are capable of exceeding safe limits of blue-light hazard.

Light Quality: Some colors when viewed under cool-white LED lights can cause the colors to be perceived differently.

After reading about the “disadvantages” of using LED shop lights, I walked away with the belief that the pros of LED lighting still far outweighs the cons of LED lights. According to the information I found, it is the “cool-white” colored LED lights that carry the most disadvantages. My take away? Stay away from “Cool-White” LED’s.

I’ve been very happy and impressed with these HyperSelect LED lights and I highly recommend them to any of you.  You can check out the current price for these LED shop lights here.

Have you recently installed LED lights in your shop or garage?  Which ones did you end up going with? Are you happy with the result?  If so, take a moment to share your experience in the comments below. 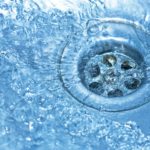